I’ve just finished reading the most wonderful book. It is gripping, funny and thought provoking with a command of narrative and metaphor that has me shaking my head in wonder. It’s a popular history book, Sapiens: A Brief History of Humankind by Yuval Noah Harari, and while this is not a review, I urge any thinking person to read it (Sapiens, as in Homo sapiens, means ‘wise’ human).

Like all history it addresses the present (we can only understand today by looking at the past). However, in the final chapter it looks ahead making the point that visions of the future are often hopelessly rooted in the past, blind to imagination. He makes this point by saying that in 1948 the future was full of an apocalyptic nuclear WWIII, while visions from the 1960s were all about rockets and colonising space.

All this was made clear to me the other day when I revisited my past in the most peculiar way. I was in a record shop flicking through LPs, something I had not done in decades. As I was doing it I couldn’t help reflect on how much time I spent in my teens scouring album racks, searching for music I might want to buy. I did it several times a week. What was it all for? With no record player all those albums I bought now sit un-played in crates under the house and all the ones I hunger to hear have been replaced by digital copies I can scroll through on my phone.

As I watched the surprising amount of people, young and old, looking through the music I got several messages from the stranger I was waiting to meet. He was delayed, so I started to look for specific albums, ones that I owned, and I was shocked to find that all were worth a lot more than I had imagined. Not just the rare or obscure ones, but the mass-produced commercial ones that I would get from my mother for Christmas were at least three times the original price. 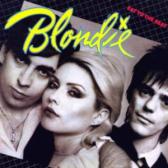 Yes, there has been inflation, so a $10 LP from 1980 may well be worth $30 in 2015… except that is not how it was meant to play out. From the mid ‘80s on we were told by a chorus of media experts and retailers that LPs were worthless relics which needed to be replaced with everlasting CDs. People dumped LPs en masse. A lover of old things, I would often pick them up for a buck or two at charity stores, adding to my neglected, unplayable collection.

So what’s happening? I got a bit of an insight when the person I was meeting turned up, sweating heavily in the mild late summer 22 degrees of Wellington having recently left the -20 degrees of snowbound Toronto.

Matt had made contact with me the week before after reading my post from last year, It Was 30 Years Ago, where I reminisced about my final September at school in 1984.

I wasn’t quite sure how to take his interest, but he seemed genuine and I was happy to scour my photo collection for pictures he might use for the book he is writing.

Initially, I assumed he was a New Zealander living in Canada, who else would bother to write a book about the early years of obscure NZ record label Flying Nun? But as we crossed the road to Midnight Espresso I found out he was a historian with an interest in DIY pop culture. He had come across the label while living in London after doing his doctorate, falling in love with the music (and the story). Then, once he began working in publishing, he tried to find a book that charted the history of Flying Nun, finding nothing. Eventually, after talking to NZers at the Frankfurt Book Fair, he decided he had to do it himself.

Before Garageband, it helped to know someone who could build a mixer from scratch

The historian (and writer) in me was fascinated by this tale. So much so that it was a while before I stopped ‘interviewing’ him and he pulled out his phone and started asking me questions.

The Flying Nun Xmas Party ’86. There was bath tub full of beer

It was a strange experience. Being bought food and a drink. Talking about the past. That’s the thing, some things are so familiar you take them for granted and have little idea how they appear to others. Yeah, stuff happened. I played in bands in the FN scene. We weren’t famous, successful or noted. So what?

I had been aware that the EP the schoolboy band I played in (which included a girl, and I once found filed under Women’s Music) has fetched ridiculous prices on the internet ($500 in one auction) but I assumed that was an aberration, fuelled by vinyl geeks completing a collection, rather than out of enthusiasm for the obscure 30 year old music of All Fall Down.

A quick Google finds the EP retailing for $225 today

But Matt’s eyes lit up when he talked about it, how everyone knew about all the big FN bands and how good the music was, how the vinyl was worth big $$ around the world, but AFD was a mysterious lacuna. With only 200 pressed it was hard to get a copy of the EP so the only way to hear the music was to pay way too much money, or watch two videos on YouTube (which he loved).

Supporting The Great Unwashed in Wellington 1984. All well under-age

The past and the future collapsed for me in that moment.

When I was collecting vinyl in the ‘80s, so much was unavailable. I read Rip It Up, NME et al cover to cover, reading more words than ever listening to the songs. There were only a couple of music video shows a week showing a handful of new stuff. And student radio only broadcast for a few hours a day, a few months a year. Scarcity drove deep interest and if you wanted to hear something obscure or beyond the ken of the corporate masters that ran commercial radio and the pressing plants, you had to read about it, then import it from overseas, hoping like hell you liked it (or found it in a second-hand bin somewhere).

Of course, this is not a dewy-eyed harking back for a past age. I love the 21st Century and the availability of music fuelled by the internet, YouTube, iTunes, Wikipedia, ebay/TradeMe etc. I love that I can edit some photos to a beautiful song by the forgotten band I once played in, purely as a tribute to a lost friend and band mate, and people I do not know can watch it anywhere in the world and find something worthwhile.

Yes, it was heartbreaking in 1987 to put so much time, effort and money into an EP and struggle to get retailers to take it for $6.99 (sale or return). And yes, it is kind of galling to see people paying hundreds of dollars for it now.

But it is also satisfying.

It was even more satisfying to see the look on Matt’s face when I gave him a copy of the EP he has only read about, to see him pull out the vinyl to check out the grooves like an enthusiast (like I used to), to have him ask about the engraved matrix which he and his friends have speculated about.

Ironically in this time of constant media and ever-present past, he’s having a tough time finding pictures from back then. People just didn’t take photos at gigs. It was either frowned on or illegal (oh, how times have changed. A friend recently posted a whole song on Facebook of Peter Hook playing a Joy Division song in Auckland… they used to call that bootlegging).

A clipping from Auckland gig

And the newspaper archives are little use. Apparently the papers don’t think ‘entertainment’ stories were worth keeping so they got dumped at some point or other.

No one knows what the future holds.

But, as a historian, what I do know is that which we unthinkingly discard always accumulates value, and prophets of the future tend to be more concerned with their own profits than anything else.

I can’t wait to see the book Matt’s putting together. To see scant pictures of the past turned into history and story.

It makes this ‘wise’ hominid smile.