The first time I saw the Lions was in a smoky little bar at Mt. Cook. I didn’t know it, but it’s where I was conceived. Presumably not at the bar (though people do funny things at high altitude). This humorous anecdote popped out at my mother’s funeral a few years ago. It got a big laugh.

Back in 1977 I was 10. Unaware. I didn’t really know who the Lions were, I was a soccer player. However I liked the name and loved the animal, which I got to cuddle at Barrington Mall that same year. It was a promotion for Orana Park where you could drive through the lion enclosure and watch as they ate chunks of meat on your car. Even though I was 10 I knew that the All Blacks were better than everyone else. It was a great source of pride in our tiny nation. 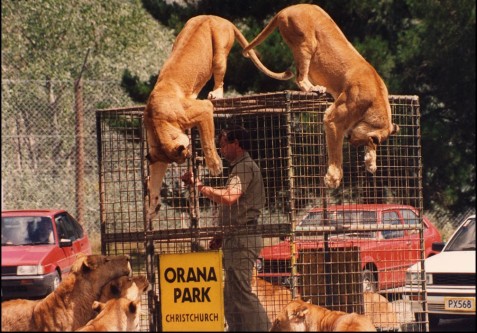 I was staying at Mt. Cook with family, and family friends, in a little A-frame chalet with no TV. So Dad and me, ‘Uncle’ John and his son, Michael, left the girls in the chalet while we males sloped off to watch the game. It was exciting being a kid in a bar. Against the law! But it was a Test. A very rare Lions Test, as my English dad, Dennis, explained. The four great Home nations against our little one. The dads drank beer (Lion or DB; the only choices back then) while Michael and me ate chips and drank Coke, talked quietly and messed about, watching little rugby.

The next tour took place in the aftermath of the civil unrest of the1981 Springbok Tour. Dad had taken me to the 2nd Test at Lancaster Park. It was the last rugby game I ever went to (unless paid to go). Riot police jogging in formation. Barbed wire and pitch invasions. Broken glass. Baton charges. People baying for blood. A shared bag of Mackintosh’s toffees with Dad. 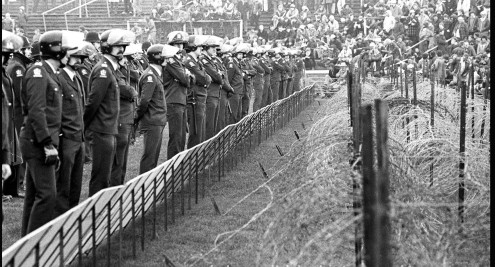 Like a lot of New Zealanders, my opinion of rugby was poisoned by the national trauma of 1981. Families split, flour bombs and beatings, teachers ranting at you to support! Oppose! All took a toll. So I watched none of the 1983 Lions Tour. Rugby culture turned me off. It seemed braying, violent. Ignorant. Racist. I found a welcoming counter-culture in music. It was years before rugby rehabilitated itself in the eyes of many NZers by winning the inaugural World Cup in 1987 (everyone loves a winner). 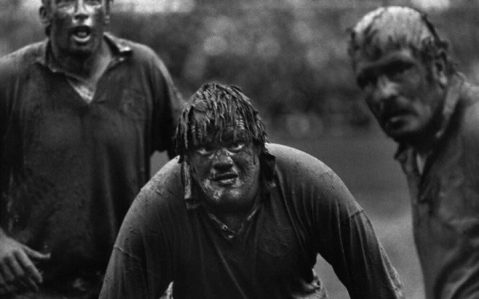 With the next Lions tour I was immersed in theatre, acting in shows up and down the country. Touring, touring, performing, writing, learning about the great diversity that plays into our complex national identity. I watched no games. It wasn’t something anyone I knew did.

By 2005 the world had ‘changed’. And so had rugby. It was now a professional package. It was hustled into professionalism when I started working in TV in 1995. I hid outside hotels with TV crews as the highly sensitive negotiations took place spending long hours talking shit, doing nothing, which is the nature of stake-outs.

At the 2005 game I was working on the ref communication system the officials now use to make decisions. The Lions Tour was the biggest rugby event the country had ever seen. Prince William was there listening to my mix. I was a little nervous.

Half an hour before kick-off the police let us know that a bomb threat had been phoned in. Evacuation was being considered. 9/11 and the invasion of Iraqi still filled the news and the 2nd in line to the British throne was there. With 45,000 people in the stadium eagerly anticipating a rugby game full evacuation would disrupt the match, and international broadcasting. Satellite bookings and advertising windows would be sent into disarray. The police decided the threat was a hoax.

Tonight I’m working on the 2nd Lions Test in Wellington. Packs of Lions supporters have been roaming the streets all week. They seem a good-natured bunch. It’s hard to reflect in anticipation. While I am the same person who watched games in 1977 and 2005 (and ignored them in 1983 and 1993), I’ve viewed each one quite differently. The same eyes see both less and more.

I expect to stay wrapped–up high in the media box I work in, with heaters and Wi-Fi cranked, doing my job and keeping warm. Trying not to scoff my stash of liquorice allsorts too quickly.

No one expects the Lions to win, not even them. The All Blacks are 5-1 favourites. All I can say for certain is that I (probably) won’t be watching the next tour in 2029. And the British (probably) will have a new king. 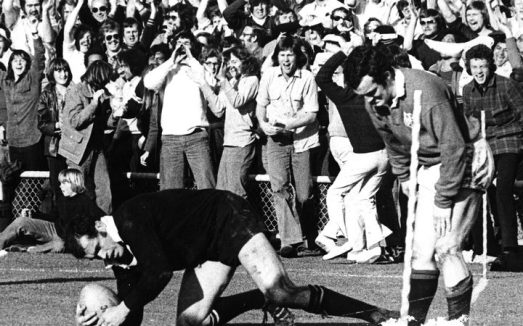