I was alone in the house, thinking about something I wanted to write, composing words of little consequence in my head, when something funny happened. I had just stepped outside to check on the washing, riffing away at gags and observations, when I heard a noise behind me that I didn’t recognise. A soft, woody, clicking.

It was the feathers of a fantail, flitting gently around the room. Long tail hanging down below.

I have come to be nervous of birds in the house. They panic, throw themselves against the windows. Shit on the curtains. But the piwakawaka did exactly what fantails do. It calmly flew three circles of the space, aware that windows are not exits, and then it bobbled past me, out into the afternoon sun.

I quickly shut the door.

It is 17 years since I last saw that. I was starting a writing course in Timaru. A fantail flew into the kitchen, circled the light three times, and headed straight out into the garden. My flatmate, another writer, was uncertain. She thought it meant death. Something to do with their role in the death of Maui when he sought immortality. I swiftly made the point, rightly or not, that such events are also seen as a portent of rebirth, the start of something new. We were to write. Add words to the world.

As I recalled that moment, our recently returned long-lost cat appeared at the door, shouting to get in. Too much. Meke tu meke.

I had wanted to write about the poet I saw last night. The two poets I saw last night. How it was 2/3 performance, 1/3 poetry. How funny they were. John Cooper Clarke and Andrew Fagan. I liked it so much I even bought the Ramones-inspired tour t-shirt and started to write garbled poems in my head, humorous and wry. Words the world is not waiting for, does not need, but I have to express. 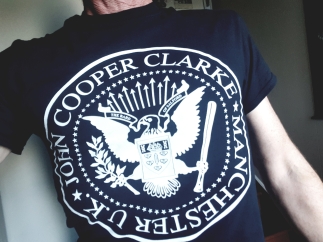 I had recently been thinking about giving stand-up a crack. It’s something I haven’t done. Not bucket-list but a bit of a lacuna. I’ve written a set and am trying to pluck up the courage to give it a bash. The thought terrifies me. I’ve often had the urge, having worked on so many live stand-up shows, but felt I was too much of an actor and/or writer, needing control of words.

Last month, when I saw a wonderful young actor do a solo show that was as much stand-up as theatre, I resolved to try my hand. I am nearly 51, how bad can it be?

I have read my ropey poems live, shaking in my boots. It really does happen. The anxiety was worse than theatre or playing in a band. You are totally naked. A performer and writer with no loud music, drama or drums, make-up or guitars to hide behind. Just you and your words. And a mic. 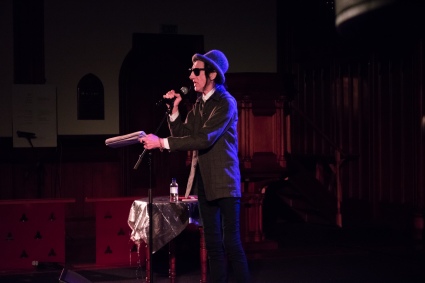 Maybe that is why both poets last night, 70s punk and 80s pop star, both employed costumes, patter and props, jokes and gags. It wasn’t stand-up, it was funnier than that. I smiled and laughed the whole time as they entertained the beautiful, packed historic church and offended the young.

I don’t know if I have the guts to act like a stand-up comedian. But I can be a funny poet. Maybe I could blend the parts into something new, born of me. A brash bird no longer bashing against windows it cannot see.

I want to flit about new spaces, unafraid of any threat, confident that the door remains exactly where it was when I came in. 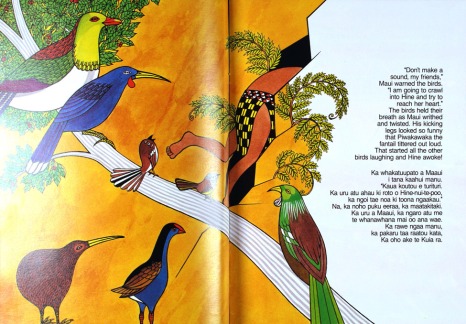 It’s hard to accept absence as loss. There is no way to mark the grief of the inexplicable. You seek multiple explanations and none satisfies, or offers true relief.

You can bury a squashed cat or one that doesn’t come back from the vet. You can cry and move on.

But a cat that just disappears, leaving no hint or trace, stays curled up like a knot.

Thomas disappeared five and half weeks ago. The girls have wandered the neighbourhood and left notices in letter boxes. The have lit candles in the window each night to guide him home. We have all been a bit scratchy, unable to grieve.

At first, I told the girls that he may have found a nice old lady, who would give him too much food whenever he squawked. They liked that.

Once he was gone a month, the tears started. Hope was gone. We decided that we needed a wee ceremony, to bid him farewell. But when?

This weekend, we stayed with good friends out of town. They have dogs and a cat, pigs, sheep and chooks. I had intended to bring our huge bag of cat food that sat in the cupboard, waiting for Thomas to return.

I remembered it when Polly, their fluffy cat, rubbed against me. That led to talk of Thomas. Theories of what happened. Bad dogs. Bad kids. A fast car slept in to far-far away.

I repeated my theory that he hadn’t been well for weeks. The exceptionally hot summer had hit him hard, he constantly complained, unable to settle; had begun to look like a crooked old cat.

From the start, I believed that he had crawled under a bush and gone to sleep, searching for peace from whatever ailment was going on inside.

This morning, five and a half weeks after he vanished, the unimaginable happened. Thomas emerged from a bush, unable to shut-up, squawking and loud, ready to take command of the house once more. I filled his bowl with the biscuits I forgot to re-gift and he gobbled them between screaming meows.

It is unbelievable. I am so glad we didn’t say good-bye. 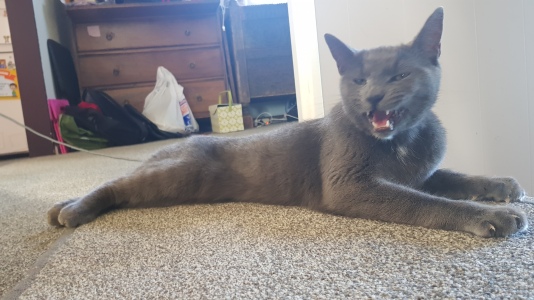